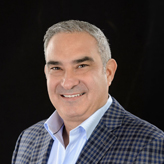 As a recognized leader in the IT Consulting Industry, Jeff Sardis knows how to build teams and develop talent. In the mid to late 90s, his track record of a 40% annual growth rate at Spectrum Concepts Consulting Corporation demonstrated how cultivating and recognizing talent fuels growth. Today, he brings that experience and growth perspective to AETEA.

Before he merged Spectrum with AETEA and joined AETEA’s executive team in the late 90s, Jeff was the President of Spectrum Concepts Consulting Corporation. Spectrum was a NY consulting business that he grew from $8 million to $58 million in revenues and expanded to the NJ and PA markets.

Under his leadership, the firm achieved prime vendor status at leading International Consultancies,  Pharmaceuticals, and Financial companies. The firm also experienced zero turnover in six years of operation and was recognized as having one of the highest productivity rates in the industry.

Jeff is a founding member of The Open Door Foundation and has been an active member of the TechServe Alliance (formerly the NACCB) and The Executive Committee.

An engaging speaker, Jeff has spoken at numerous industry functions and at Columbia University.

A native of Long Island, he received his B.S. in Computer Science from Hofstra University. 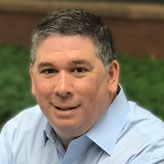 Andrew rejoined AETEA as the Senior Vice President of Sales and Operations in June of 2018. Andrew had 2 prior successful stints at AETEA where he was responsible for the overall performance and profitability of AETEA’s Branch Offices. During Andrew’s tenure, he was instrumental in hiring, training, developing and mentoring the internal staff.

Andrew’s wealth of experience, enthusiasm, authenticity and “lead by example” management style has earned him implicit trust, unmatched respect and unwavering loyalty from the sales and recruiting teams he has built. Andrew is adept at creating, fostering and maintaining a corporate culture where winners and top performers are celebrated, rewarded and recognized.

Andrew began his career at AETEA Information Technology (formerly Spectrum Concepts) in 1995 as an Account Manager and quickly became a consistent “top performer” based on opening and managing some of the firms key clients including; Morgan Stanley, Chase Manhattan Bank, Bayer Corporation and Estee Lauder. In 1999, he was promoted to Vice President/Branch Manager of the New York office, where he was responsible for all sales, recruiting and administrative functions. During Andrew’s second stint with AETEA from 2004 to 2010, he served as EVP/COO and lead the organization to record profit earnings.

Andrew received his B.A. in Business Administration from the New York Institute of Technology.

Retention of resources – less than 1.4% attrition of assigned resources

We have an average of 75 unique job opportunities at any given time.

90% of our consultants work for us more than 3 times

That we're a founding member of the TechServe Alliance (formerly the NACCB).

When we surveyed our clients, 100% said that they would recommend AETEA to a colleague

I Have A Project

I Am Looking for Career Opportunities