Automated tests — In a world where Facebook or Google are constantly updating their websites behind the scenes as often as twice a day, there’s a high demand for developers who are skilled at the tools for automating software testing and finding bugs before they get in front of users.

Invented at Google for its own large-scale systems, Go is a programming language designed to build software that’s stable and resilient.

This one’s a little esoteric. But a few years ago, the DevOps movement sprung up as a push to put developers (the dev part) and operations (ops, the people who manage servers) a little closer. Companies like Facebook and Google use DevOps techniques and tools to constantly “ship” code.

Automation will only take you far enough, and sometimes you need real humans to methodically test software and make informed, insightful reports back.

As software keeps on eating the world, demand has never been higher for people who can work with the IT department to wrangle servers and software.

Spark is a tool for analyzing lots and lots of data at high speed. As companies begin to invest in the fundamentals of artificial intelligence, Spark plays a key role.

When you’re hosting lots of servers in a public cloud platform like Amazon Web Services, Microsoft Azure, or the Google Cloud, it’s hard to manage all of them. Tools like Ansible let developers set up a configuration and quickly clone it everywhere.

It’s currently a boom time in Silicon Valley for so-called “software containers,” a technology that lets you move code between your own laptop and massive cloud platforms. And Docker is very much the standard.

Originated at Facebook, ReactJS is a hot add-on library for the mega-popular JavaScript programming language that makes it much easier to build slick user interfaces. Facebook, Airbnb, and Netflix are all big ReactJS users.

Millennials significantly outpace other age groups for taking on side jobs, according to a CareerBuilder survey released today.

Regionally, workers with side gigs were more common in the South at 34%, followed by 29% of workers in the West, 27% in the Midwest and 23% in the Northeast.

“Side hustles not only provide financial benefits to workers, but they make them more attractive candidates to employers, especially in a competitive job market,” said Rosemary Haefner, chief human resources officer at CareerBuilder. “When you’re applying to jobs, especially when you’re at the start of your career, other applicants could have more experience in your particular field. If you bring more skill sets to the table and have a unique perspective on how things can be done, you’re sure to stand out from the crowd and be seen as a valuable potential hire.”

The nationwide survey was conducted online within the US by Harris Poll on behalf of CareerBuilder among 3,244 employees between May 11 and June 7, 2016.

October 05 2016
The battle for talent is heating up at banks, according to several findings from the Crowe Horwath LLP 2016 Financial Institutions Compensation Survey. Turnover is up, staffing levels are increasing and plans to pay employees at an above-market rate also increased.

During and after the recession, many more banks reduced or held back on staffing increases. However, the survey found that banks returned to pre-recession levels with only 3.6% planning to reduce staffing and 34.1% planning to maintain staffing levels; 36% are planning for normal growth and 13.8% aim to expand. The survey also found bank employees are changing jobs at the fastest pace in 10 years, with nonofficer turnover at 18.7% and officer turnover at nearly 7%.

Tim Reimink, a managing director in the Crowe financial services performance consulting group, noted that the planned staffing increases combined with the increased employee turnover imply that the battle to find and retain talent is becoming even more heated, and many leading firms have implemented strategies and tactics to attract more millennials as part of this battle.

“Banks realize that attracting and engaging millennial employees requires some different approaches, and we’re starting to see relaxed dress codes and more ability for employees to work off-site,” Reimink said. “A community bank in Texas recently located its new call center in a city with a high number of colleges to purposely attract tech-savvy millennials.”

The survey also found the percentage of banks that plan to implement an above-market compensation strategy has increased steadily over the past four years. This year, 28.5% of banks reported plans to pay more than 10% above market, a 5% increase over last year

The annual survey, now in its 35th year, compiled data from 378 financial institutions.

Digital, Intel, and Xerox release version 1.0 of the Ethernet specification, known as the Blue Book. Since that time, Ethernet has evolved into the de facto networking standard for local area networks (LAN) in businesses and in the home. 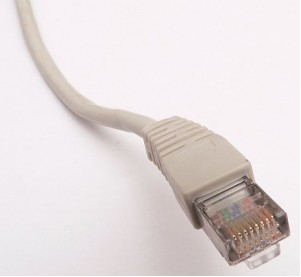 Over 70% of global employers now use contractors to help fill IT skills shortages
A new report found that 40% of US businesses now have a hybrid workforce of permanent and contract IT employees to fill talent shortages and fast-changing technical skill needs.
http://www.techrepublic.com/article/over-70-of-global-employers-now-use-contractors-to-help-fill-it-skills-shortages/

Retention of resources – less than 1.4% attrition of assigned resources

We have an average of 75 unique job opportunities at any given time.

90% of our consultants work for us more than 3 times

That we're a founding member of the TechServe Alliance (formerly the NACCB).

When we surveyed our clients, 100% said that they would recommend AETEA to a colleague

I Have A Project

I Am Looking for Career Opportunities